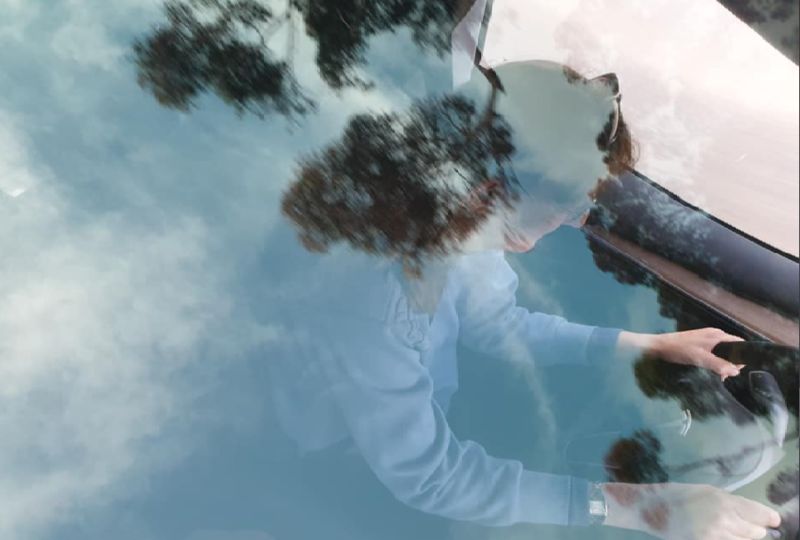 Tesla Model 3 LR after 50 days - the fears, the attractions, the unexpected and the verdict. Range is pathetic. Not as cool.

Tesla Model 3 LR after 50 days - the fears, the attractions, the unexpected and the verdict.

Well, after about seven years of research and after watching hundreds of YouTube videos I finally bit the bullet and purchased a Tesla Model 3 Long Range. Fifty days later I'm delighted by the purchase, as is my wife.

I live in Melbourne, Australia, and we typically drive (10-15)K km per year. I was aware that batteries are still expensive, and that if I waited, I could probably get a better car for cheaper, but wanted to be an early adopter. So I pulled the 92K trigger. Gulp!

There were many things that appealed to me about the Tesla Model 3, and a few that scared me, like:

Build Quality: Fortunately, the build quality on my car has (so far) been exceptional. The panel gaps are perfectly fine. It was made in China - I'm told that helps. I had a car nerd go over every inch of it and his only quibble was how the pop-up charger panel sticks out 1-2 mm. To me it was invisible.

Lack of a dash: Whilst this would be preferred, I don't miss it much as the car warns me when I speed. I do find that if I don't know how to do something, and I start poking around things get dangerous pretty quickly. Like trying to change channels on the radio.

The use of Artificial Intelligence: In my professional life (I'm an astrophysicist) I use machine learning a lot. I was worried about how reliable it would be. So far I'm delighted by it but not to the extent that I'd buy "Full Self Driving" for another 10K! The way the car spots things and displays avatars and drives between cities is a game-changer.

Battery: There are many Tesla owners who have absolute faith that their batteries will last the entire lifetime of the car. I think that the reality is we're part of an experiment that will determine this. Historically Li-Ion batteries go off a cliff at a certain age. If Tesla have "solved" this, then great. Time will tell.

My wife might hate it: Fortunately, this didn't happen, although the lack of a decent tutorial/handover makes this a risk as there is a steep learning curve.

Although I'd watched a lot of videos, the major attractions to me were:

Renewable-powered transport: The car uses about as much electricity as my solar panels generate in a year. That's nice. There's also no oil, grease, fumes on idle. Your garage doesn't get coated in oil. I spend virtually nothing on electricity using a combination of solar, off-peak and free chargers. Win!

Quietness: I hate noise in cars, especially on road trips. In the city at low speeds this thing is delightfully quiet. At 100 km/h you hear the wind and tyres on the road, but it's fine and not masked by engine drone.

Stress-free road trips: There's a lot of angst about range anxiety with EVs. Doing Melbourne-Adelaide I didn't experience any. The LR gets you about 400-450 km and if you recharge every 350 km or so for 30 minutes you're laughing. Wonderfully, the cruise control and autopilot on well-marked highways makes interstate trips a breeze.

Instant and powerful acceleration: I'm not a petrol-head, and ride bikes for thrills, but you don't know the power of the dark side until you've experienced it. This thing is amazingly fun to drive. The instant torque and (quiet) acceleration are addictive. My Porsche-loving mates were entranced by it on a recent test drive.

The app: The car is very online. If it is cold you can preheat the cabin, turn on the heated seats/steering wheel, check the charge level or pop the trunk for someone already at the car. I don't usually carry a key, just use the bluetooth in the phone and as I get near the car it unlocks. When I walk away it locks! Another cool feature is that when you are being picked up by someone driving it, you can pull out the app and see exactly where it is. Very handy!

Surprisingly, the regen braking (the car doesn't coast, it instantly decelerates upon releasing the accelerator to recharge the battery) is horrible at first but once you get used to it it is a delight. Braking is extremely rare.

The interior is almost "knob free". Almost everything is on the touch screen. At first I didn't like this. I just wanted to hit the AC button, or turn down the volume, or point the vent at my face. But eventually I learnt that much of this functionality is available with short-cuts or voice commands. You can press a button on the steering wheel and say "I'm hot" or "I'm cold" or "ring Marion" and it takes action. This is where a tutorial in the showroom would have been invaluable, but where the Facebook groups come into their own. Help is never far away.

On my first road trip I decided that I hated autopilot, mainly because about every 30 seconds it would tell me to turn the wheel slightly to know I was still there. It didn't seem to matter how hard I gripped the steering wheel, it would nag me. The pain outweighed the gain! One quick post to the Aussie Tesla Model 3 group and people explained that if you rested just one arm on the wheel applying a minor torque the car would sense that and drive automatically for hours! 750 km later I was in love with autopilot!

Somewhat disturbingly, although the automagic features/AI are a revolution, it is concerning that when on autopilot the car WON'T STOP for red traffic lights (even though it knows they are there), WON'T STOP for speed humps (youch!), and when you come off autopilot and forget that you are off it and need to steer who knows if it would save you from going off the road or just think "well he did turn off autopilot so he's got what's coming to him"? - I'm also told it ploughs straight through potholes. AI creates many ethical dilemmas. I suspect we'll hear more and more about them.

Finally, it is quite a big car, and the turning circle is largish. I'm used to a Toyota Prius which is easier to maneuver.

As a friend of mine said, "It's not a car, it's a spaceship!" I'm delighted by it and the community is fantastic. Vive la (EV) revolution! 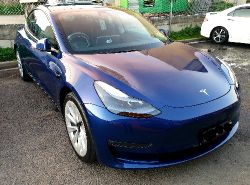 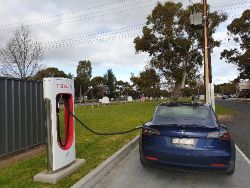 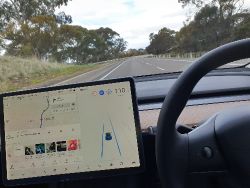 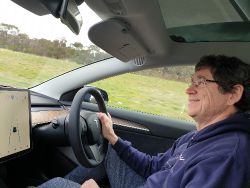 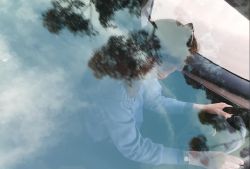 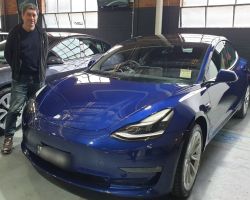 Scientist with a love of tech, bikes and good coffee.